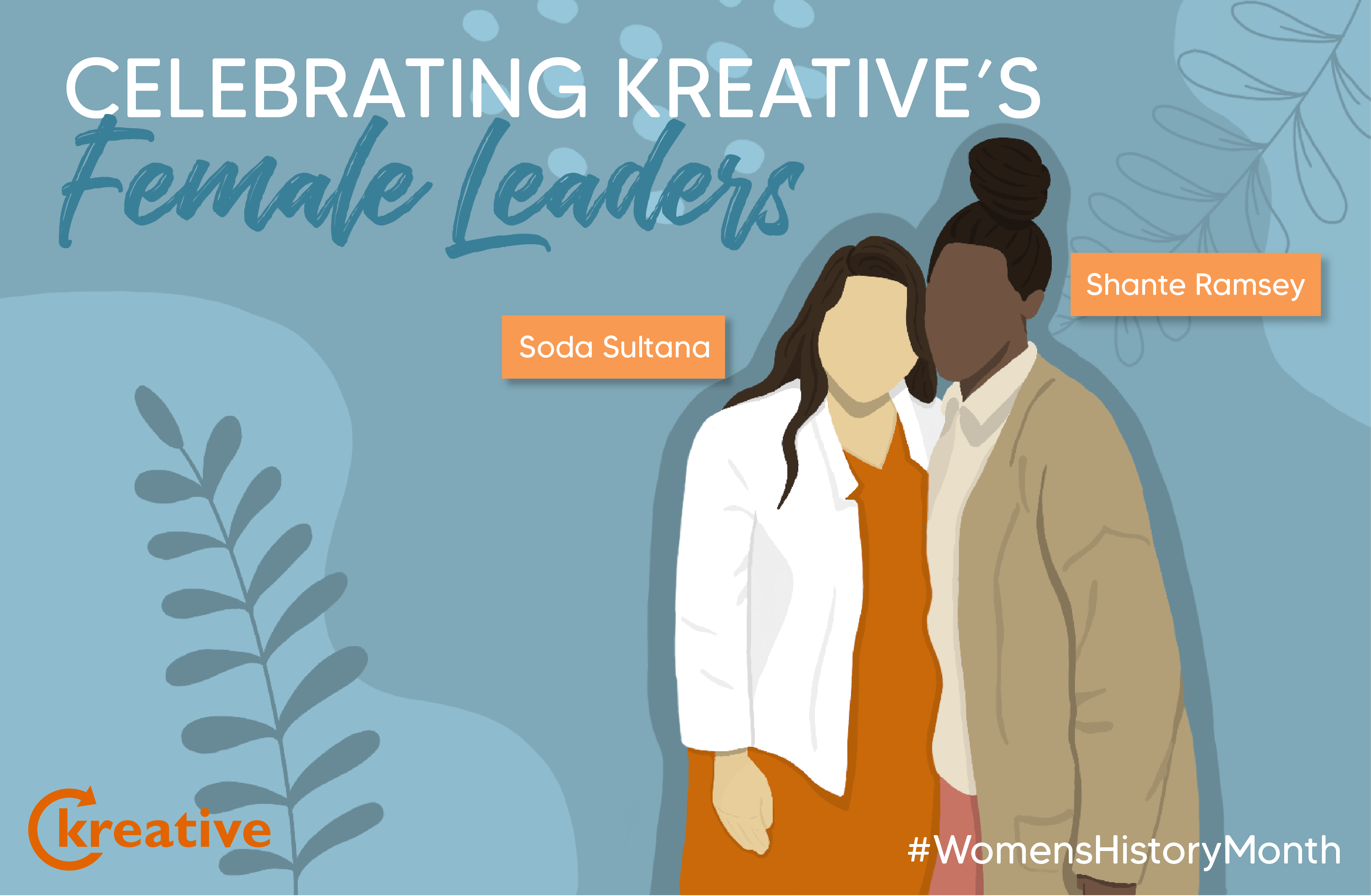 In 2011, Kreative started with one woman in her basement who had a huge passion for process, quality, and discovering ways to continuously improve them. Our founder and CEO, Soda Sultana, was a one-woman show for the first five years of Kreative’s existence. She handled everything from administrative tasks to operations, with the same determination and passion she displays today. Ten years later, Kreative is now home to nearly twenty employees and has served over one hundred happy clients.

In 2016, Soda hired Shante Ramsey, a helpdesk specialist who came to Kreative to be challenged in her career. Shante started as a help desk administrator in support of a federal client. It didn’t take long for Soda to recognize that Shante had an enormous amount of talent and potential. Shante quickly became a trusted resource to Soda and a major asset to Kreative.

Shante’s ability to learn quickly and consistently take initiative demonstrated her propensity to lead. The help desk administrator soon shifted her focus to assisting Soda in operations. Before Soda knew it, Shante was running projects on her own – applying new ideas and practices that have led Kreative to maintain the 100% success rate we are so proud of.

Soda’s one-woman show became a two-woman show we at Kreative like to call the “Soda and Shante Show”! Today, Soda and Shante are responsible for operating all of Kreative’s quality service projects. The pair have become the foundation of our organization and they are the first thing our clients think of when they hear Kreative’s name. Without their strong leadership, Kreative would not be the same place it is today.

Female leaders haven’t always been well represented in the workforce, but data has shown the gap is slowly closing. Before the COVID-19 pandemic, there had been a slow but steady upward trend in women entering jobs and leadership roles in corporate America. According to a recent article published by McKinsey & Company, representation of women in leadership positions grew from 23 to 28 percent, while representation in the C-suite grew from 17 to 21 percent. As a Woman-Owned Small Business (WOSB), we understand how important powerful female influence and leadership are. The women occupying these roles at Kreative have certainly made a difference for us! We celebrate the progression of diversity and inclusion in the workforce and hope to see these trends continue to grow.